Can Gum Disease in Kenner Increase Your Risk of Stroke? 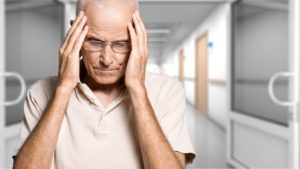 Stroke is the fifth-leading cause of death in the United States, according to the CDC; as such, National Stroke Awareness Month in May is the perfect time to learn about the warning signs and risk factors about this extremely serious condition. However, it may surprise you to learn that one warning might come from inside your mouth. Here’s how gum disease in Kenner may signal that your overall health is at risk.

What is a Stroke?

A stroke is when the brain suddenly is cut off from its blood supply; this occurs when a blood clot prevents oxygen from getting to the brain. It may also be caused by a blood vessel bursting. Depending on the location and the extent of the damage, the effects of a stroke can range from minor issues such as temporary weakness in an arm or leg to more serious symptoms such as paralysis or death.

What is Gum Disease?

When bacteria are allowed to build up due to poor oral hygiene, they can cause an infection of the gums, known as gum disease or periodontal disease. The earliest form, gingivitis, causes the gums to become inflamed; bleeding often occurs. If untreated, gingivitis will eventually advance into periodontitis, which can cause the gums to become separated from the teeth and may eventually lead to tooth loss.

How is Gum Disease Connected with Strokes?

While it hasn’t been concluded that gum disease directly causes strokes, a strong relation between the two has been found. A study by the American Academy of Periodontology found that people with ischemic strokes (the most common type of stroke, caused by blocked blood vessels) were also more likely to have an oral infection.

This could be due to the inflammation that’s associated with both conditions. An infection of the gums can lead to toxic bacteria getting access to the bloodstream, which can increase the risk of clotting.

Take note that lifestyle may also be a factor, as many activities that increase your risk of stroke can also be linked to gum disease. Smoking and poor dietary habits are two examples that can have a negative effect on your circulatory system as well as your mouth.

Keeping your teeth clean may not necessarily prevent stroke, but it is true that good oral health is linked with good overall health. Be sure to keep getting your teeth checked regularly at your dentist in Kenner; gum disease is much easier to treat if caught early on, and it’s much easier to prevent with regular cleanings. Who knows? You could be doing the rest of your body a favor.

At deJong and Plaisance Family Dentistry, Drs. Kerry T. Plaisance and W. Keith deJong make it a point to treat their patients the way they would want their families to be treated. They utilize the most current treatments and technologies to treat and prevent conditions such as gum disease. To set up an appointment for cleaning, visit their website or call (504) 738-5171.

Comments Off on Can Gum Disease in Kenner Increase Your Risk of Stroke?

Sorry, the comment form is closed at this time.